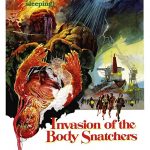 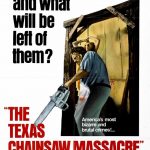 Raise your hand if you like cake. Okay, everyone can put your hands down. Southpaw is the cinematic equivalent of cake. It’s pretty to look at, it’s satisfying to eat but it lacks any real substance. But, like most of you, I too enjoy cake; which is why you should check this out in theaters. It’s appropriate to see how… Read more →

Amy: You Don’t Have the Time

When she was alive, Amy Winehouse was a polarizing figure. The new documentary “Amy”, explores her controversial life. From her humble beginnings to her cataclysmic spiral into drug abuse and alcoholism. Don’t bother seeing this one in theaters. Save yourself the eight dollars and wait for it to hit Netflix. I thought the film did a good job of illustrating… Read more →

In a departure from my typical movie experience; I chose to see Jurassic World in 3D. Because I saw the film in 3D, my review is centered on the 3D experience. I’m going to give this film two ratings based on my 3D experience. I recommend you check it out in standard definition. Don’t bother seeing it in 3D. I… Read more →

George Miller is back in a big way. Mad Max has once again grabbed hold and violently shaken the American movie-goer. This is an action-packed thriller that’s light on dialogue and heavy on homicide. Similar to the previous iterations. Go see it in theaters; it’s meant for the big screen. The trailer leaves little the imagination. Charlize Theron puts on… Read more →

In most modern stories about Artificial Intelligence (AI) they have some form of “the three laws of robotics”. These three rules govern a robots behavior. The rules, as described by Isaac Asimov in his book, “I Robot“, are as follows: A robot may not injure a human being or, through inaction, allow a human being to come to harm. A… Read more →

It Follows or A Detroit Love Story

“It Follows”, directed by David Robert Mitchell, is an affable tale about young love. Before I get started with my review I’d recommend you check it out while it’s in theaters. The film is a coming of age tale about two young lovers living in Detroit. I found the film to be riveting and enjoyable. The special effects that they used… Read more →

The familiar “Behind Enemy Lines” trope is alive and well. The latest incarnation of the theme is in ’71, directed by Yann Demange. I enjoyed the film and I recommend you check it out in theaters. Was it the best film I’ve seen all year? Definitely not. It wouldn’t even rank in the top twenty if I had to rank the… Read more →