I recently received my “2019 Report” from chess.com. I wasn’t aware that this was a service they offered but I enjoyed their report and their suggestions. In this new era of “big data” chess.com is collecting millions of games a day (if not more) so it makes sense that they would have suggestions for improvement. It should be noted that I don’t play OTB anymore, and although I’m considering making a comeback in 2021 I don’t have any immediate plans of returning to organized competitive chess.

I shouldn’t have to tell you that my game has taken a few steps backward from when I was avidly reporting from various tournaments and annotating games regularly. That said, the chess.com report was like a breath of fresh air for me, here was a site that had concrete things I could do on a regular basis that they claimed would improve my game and help me get better at chess! I’m going to attempt to analyze roughly one game I lost per week as a way of keeping this site up-to-date. Below is my report: 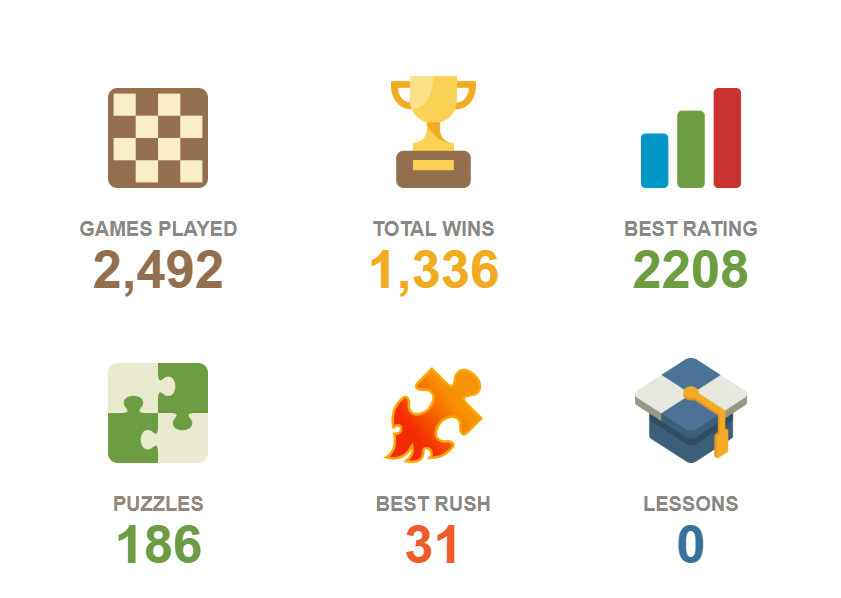 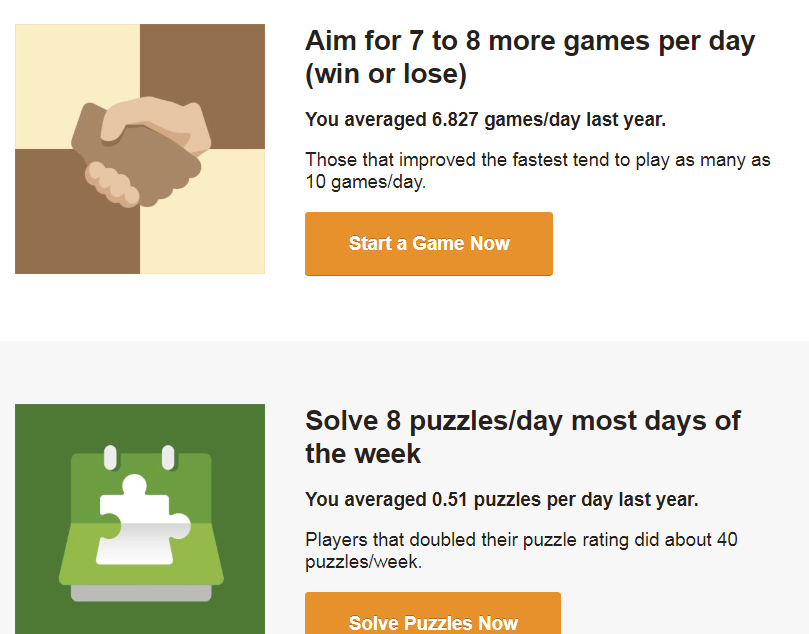 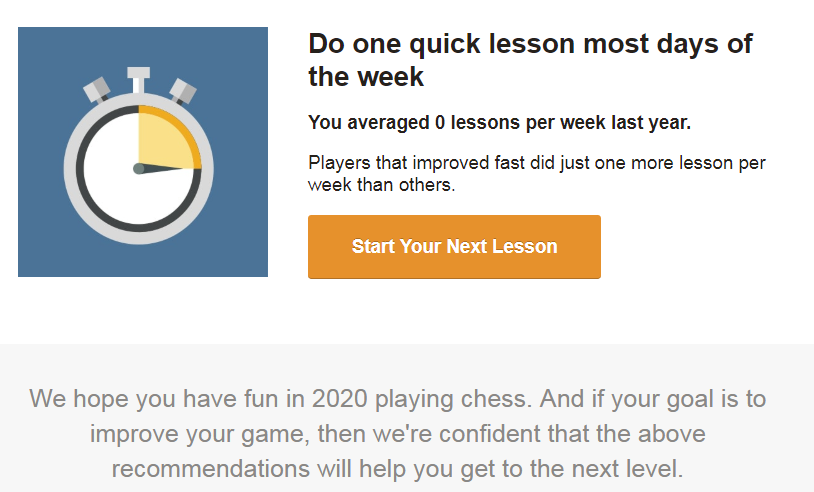 As you can see from the screenshots above, they make the following recommendations for me (and I assume everyone):

With the amount of data that they have on me, I wonder why other sites aren’t doing this. If you know of other sites that do something similar please drop me a comment below!

While this report was cool, I’d love to see a more personalized version. For example, if they could deduce from the thousands of games that I’ve played on their site that I frequently miss certain types of tactics, or I misplay endgames etc. That would be information I would love to have, so I could focus on those areas where I am lacking. I predict that one day a piece of software will create a model for chess improvement tailored to a specific individual that could easily reduce the wasted time I know I spent learning relatively useless information. I look forward to the data-driven era of chess improvement.