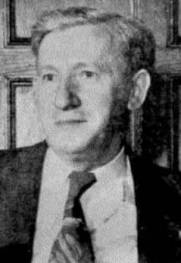 Abraham Kupchik was one of the best players in the United States between the Wars. He never developed an international reputation because he almost never played abroad (with the sole exceptions of Havana 1913 and the 1935 Warsaw Olympiad). He won the Manhattan Chess Club championship eleven times (once shared), the New York State Championship twice (1915 and 1919), and the Western States Championship (then the equivalent of the U.S. Open) in 1925. His strong performances at the two Lake Hopatcong tournaments of 1923 (shared first with Marshall) and 1926 (second to Capablanca) are the best proof that he was probably of high-IM or low-GM strength–an idea supported by his tie with GM Carlos Torre in a 1924 match. (source) 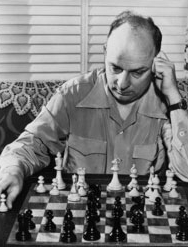 At the 1935 world team championships in Warsaw, Dake won 13 games, drew 5 and lost none, the best result among all the players in the event.
In 1938, Dake quit chess to support his family. He first sold insurance and telephone directories; and later he worked in the department of motor vehicles in Portland. Occasionally, he emerged from retirement to play. In the 1946 match against the USSR, he drew both games with Andre Lilienthal. 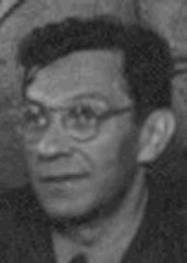 He placed 3rd in the New York 1931 international tournament, and 8th in the first US Championship tournament at New York, 1936. Kevitz represented the United States several times in international team matches. His most notable result was his 1.5-0.5 score against Igor Bondarevsky at the USSR-USA match in Moscow, 1946.