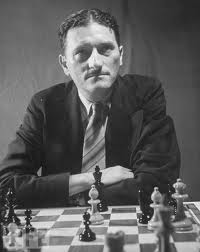 Former Chicago and Illinois chess champion. He won the Western Championship (U.S. Open) in 1922 and 1930. He played Board 3 for the USA team at 1928 Chess Olympiad at The Hague. 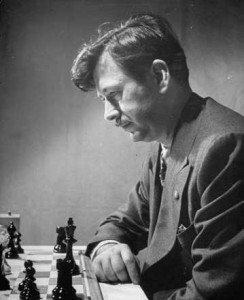 Herman Steiner was born in Dunajska Streda, then part of Hungary (and now part of Slovakia). He settled in Los Angeles in 1932. He moved to the USA at an early age and played on 4 US Olympiad teams. He was the US Champion in 1948 (more on this later). In 1950 FIDE awarded him the IM title. He was equal first with Daniel Abraham Yanofsky in the 1942, US Open Championship. He took 1st place in the 1946 US Open. In 1945, he won the California State Championship. He was a leading chess organizer on the US West Coast and opened the Hollywood Chess Club. Regular visitors included Humphrey Bogart, Lauren Bacall, Charles Boyer and Jose Ferrer.